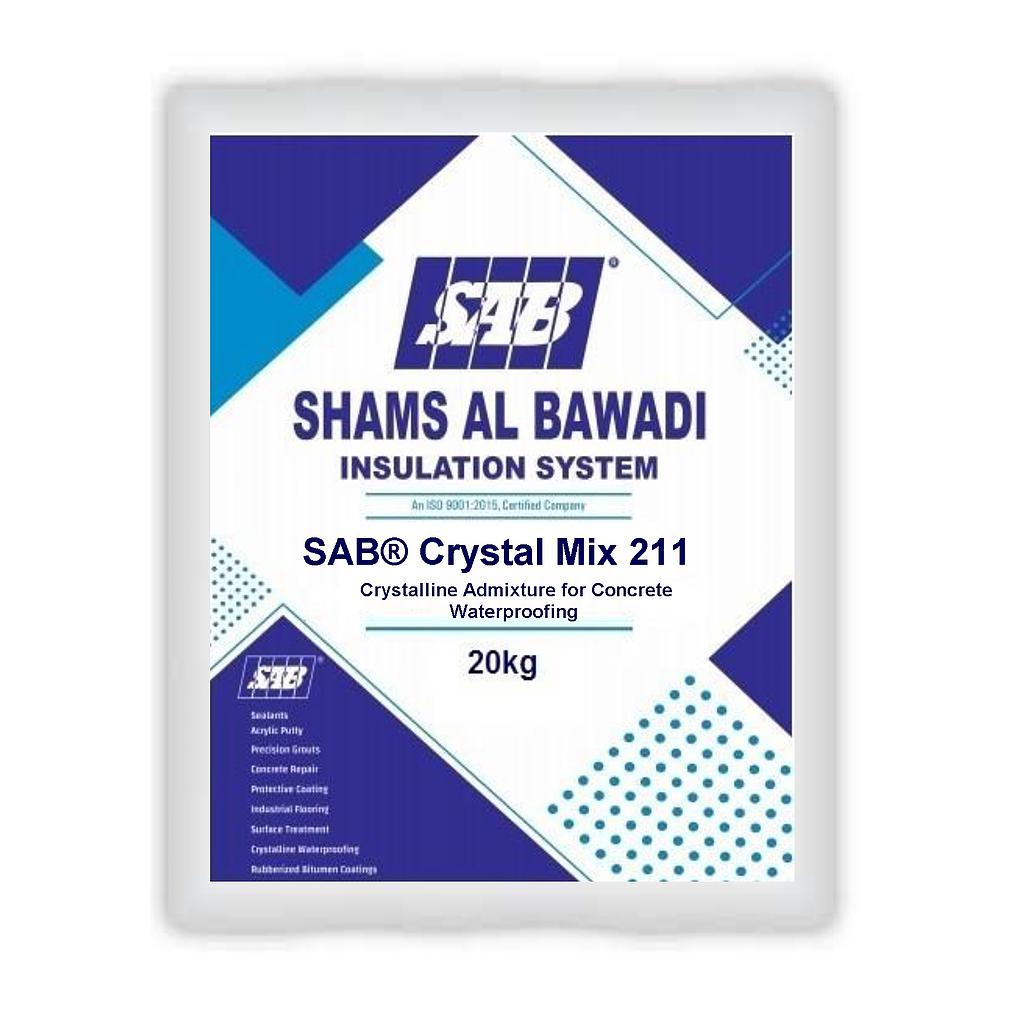 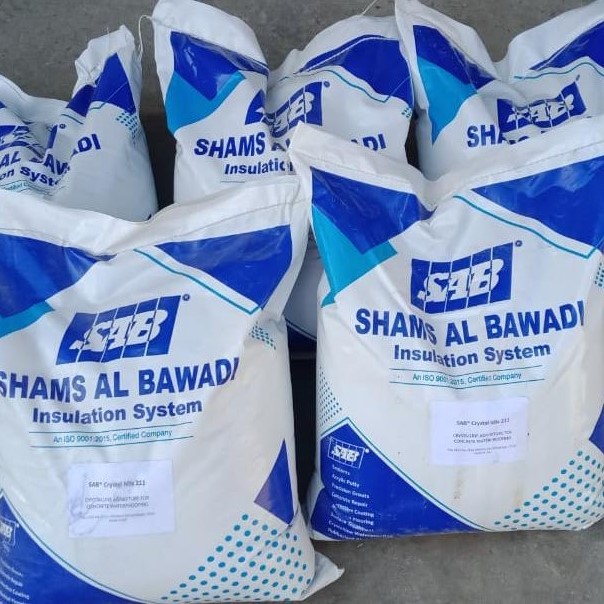 is a state-of-the-art crystalline waterproofing admixture for concrete, available in powder form. It reacts with moisture and free lime
in the concrete, creating millions of insoluble crystalline fibers, which fill the pores, capillary tracts and minor shrinkage cracks within
the concrete. Passage of water through the concrete, either from the positive or negative water pressure side is permanently blocked
and the reinforcement protected from corrosion.

SAB® Crystal Mix 211 can be added to the concrete mix at the time of batching or at the job site or just prior to pour, avoiding
climatic constraints.

• Not a vapor barrier - allows concrete to breathe.

• Impervious to physical damage and deterioration

(The properties shown above were obtained under laboratory conditions).

All values given are subject to 10% tolerance

Shelf life is 12 months from the date of manufacture when stored under warehouse conditions in original unopened packing.
Extreme temperature or humidity may reduce shelf life.